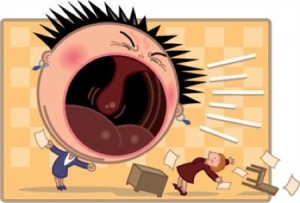 According to Inc. writer, Maeghan Ouimet, a recent report found that bad bosses cost the economy $360 billion a year, that’s BILLION, in lost productivity. She adds that, “Terrible managers have a trickle-down effect: They bring down the quality of your employees work and your bottom line with them.

How pervasive is the problem? Well, three out of four employees report that their boss is the worst and most stressful part of their job. And 65% of employees said they’d take a new boss over a pay raise!

In addition to costing you in productivity, this can also cost you your best and brightest. 50% of employees who don’t feel valued plan to look for another job within the next year. Now that the recession seems to be loosening its grip, that timeline will likely speed up.

What’s the answer? Create a learning environment. Teach your leadership to educate employees. Give them the mentorship and leadership skills that will make it possible. These skills include: Listening powerfully, being a keen observer of patterns of behavior and results, asking thinking questions that lead to breakthroughs and giving actionable feedback. My new e-book, “Aspire Higher,” tells compelling true stories of how mentoring boosts engagement, success and career growth.

After all, good bosses are teachers and mentors. In fact, their teaching accounts for 67% of a boss’s effect on employee productivity,” says Katheryn L. Shaw, Stanford University Professor of Economics and author of “The Value of Bosses.”

You Can Hear Me Now…